Video of the Week: Just A Girl (who spied ass-chaps) 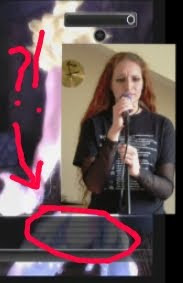 We're going to pretend I wasn't bad and totally forgot to blog about my last 2 videos ok? :p (So Cold and Call Me When You're Sober).

This week's video was "Just A girl" by No Doubt, the good Ol' Tragic Kingdom No Doubt that was the one of the first CDs I had ever purchased (which was a big deal at the time because cassette tapes were still used and around).

Overall I found this (as with most old No Doubt songs) easy for me. My real problem was actually preventing myself from "over-singing" the song. By that I mean singing it so enthusiastically that the game was not happy with my singing. Sadly because of my enthusiasm it took a few takes, but it wasn't because it was difficult.

I kind of took this song in full stride, I mean I am indeed a girl and when I was 13 it was a great "motto" song of sorts. I sported my "Things you learn from video games" t-shirt so show my female gamer spirit.

One thing though that I did NOT expect in the entire recording of this video was a male character in a pair off ass-chaps.
I honestly didn't believe my eyes at first but as the song went on I was certain that this character was wearing chaps and no underwear (or pants for that matter). I was so distracted by them that I even almost skipped an entire phrase and barely managed to save my own ass from missing the phrase, my brain was clearly focused on the wrong derrière. 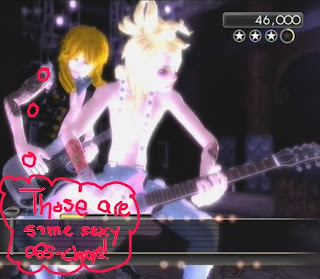 Now.. I have caught view of several panty-shots in Rock Band, seen a guitarist or two that was too happy to be in the back of another, but this one certainly takes the cake.


Anyway, here's the video for your ass-chap spying pleasure:

(Please note:
In my last 2 videos I received complaints about the volume of my voice versus the volume of the vocal track due to my new microphone and the fact that vocals tracks are never muted in Rock Band. For that reason I have started having to leave some external audio :/)